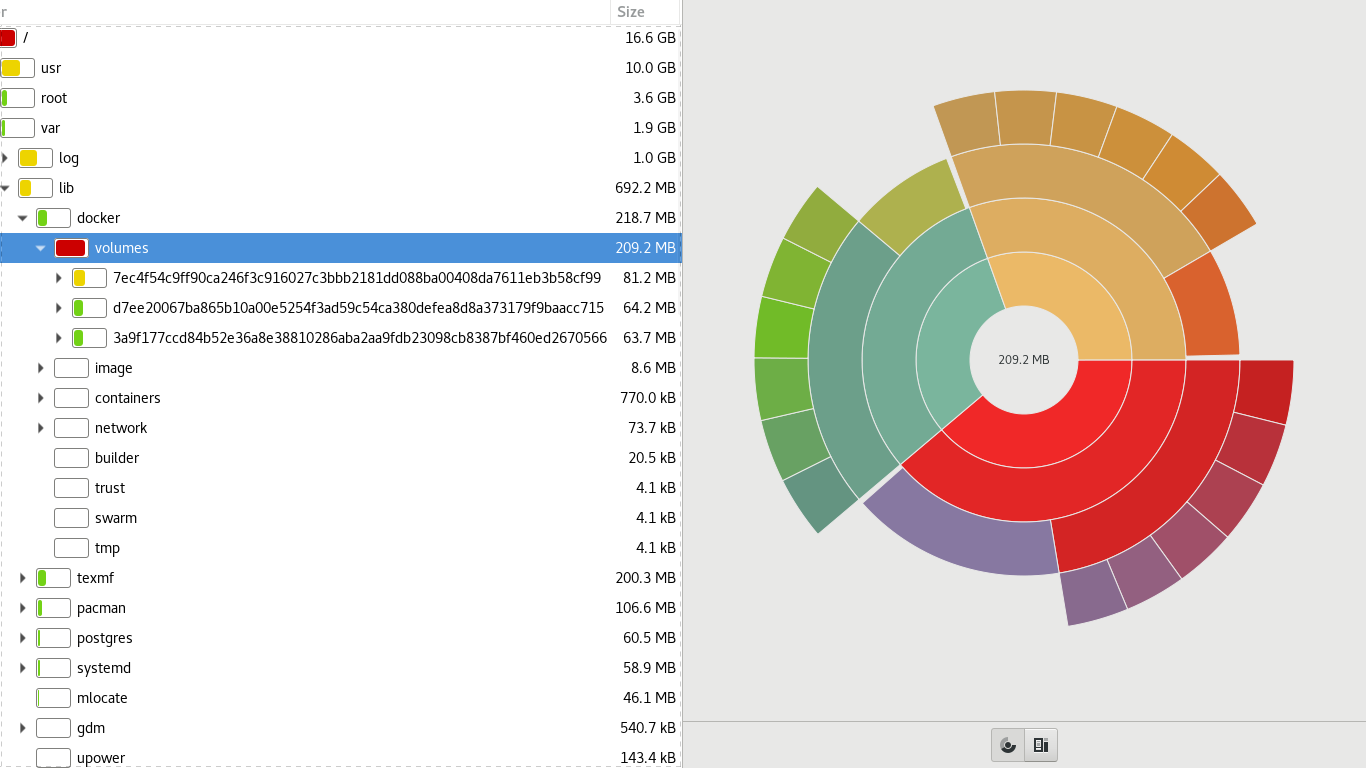 Recently I've been having storage issues in the root partitions of both my desktop and laptop computers. These issues came up soon after I started playing around with docker. In this article I'll talk briefly about how I fixed this problem, the resources and tools I picked up along the way, and anything else I have learned along the way.

I first learned how bad this issue was when I went to install anaconda on my desktop PC. I quiclky ran df -h and saw that my 20G root partition had less than 1G of available space. To look further into this I ran baobab. In the baobab home screen the root partition had slightly more space, but it was still close to being full. The expanded view was only showing me informatoin for around 8G of storage, leaving almost 11G of space not accounted for.

I started reaching for different tools and packages to slim down disk usage. pacgraph is a pretty neat way to visualize the relative size of packages. Here's an example: 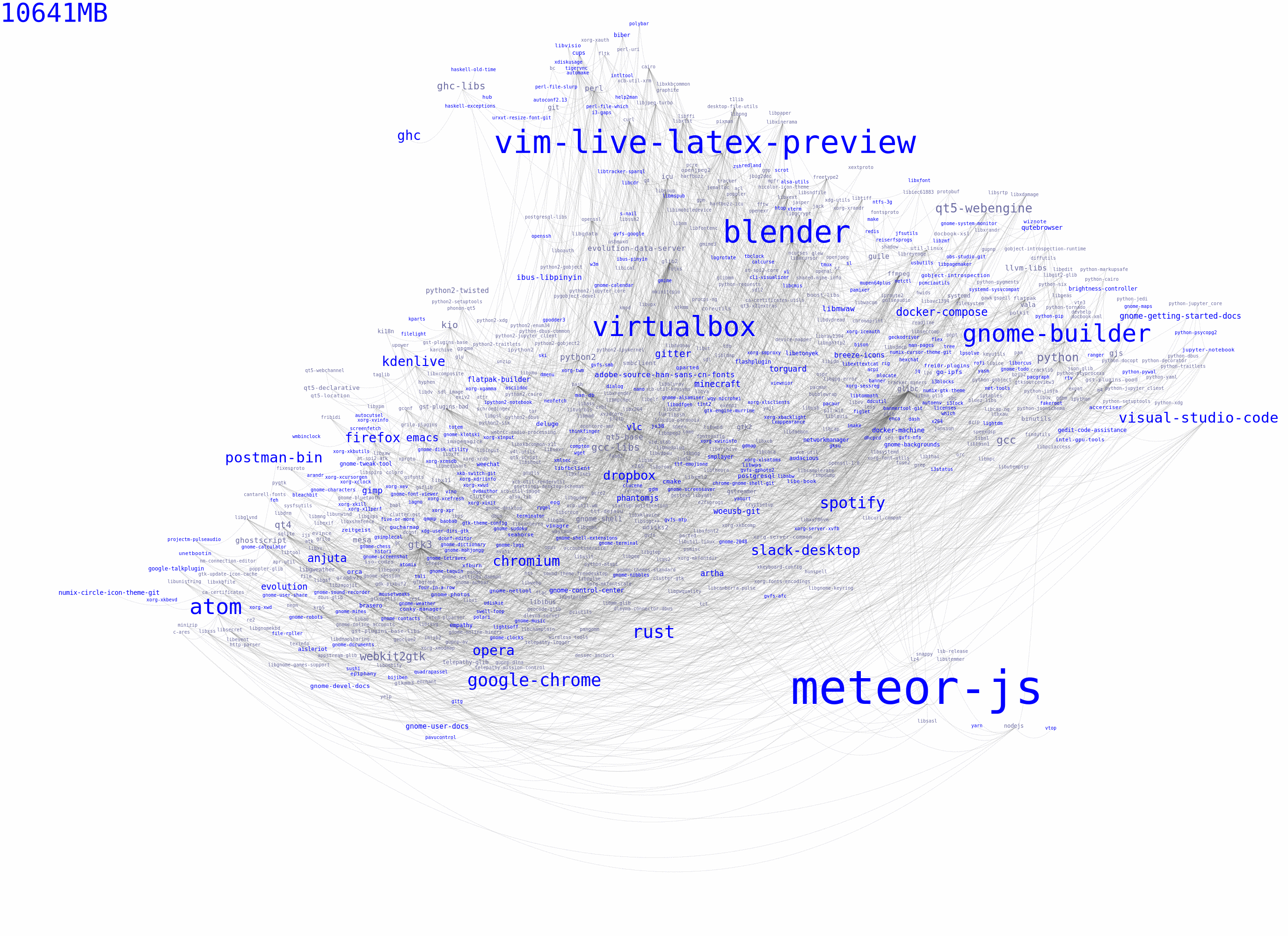 This helps you quickly find packages that you can do without. After removing some large packages like Libre Office I realized that this was barely moving the needle on my storage problem. Running df -h and baobab again with root priviledges gave me slightly different results. At this point I turned to docker and deleted all of the images with `docker rmi -f. This didn't help either. Here are the images that I removed from my desktop:

Here's the storage profile before I started remove docker-related files:

After I removed the docker images, here is the same command:

I found a helpful serverfault question from 6 years ago that address the issue I was having titled Disk full, du tells different. How to further investigate?.

Could this be my issue?

Here's the folder in question on my laptop:

On my desktop this was taking up about 10G!

Wow! I didn't even see this when I ran sudo baobab:

I stopped the docker service and deleted the overlay2 file:

With sudo baobab I was also able to delete 3.6G of trash with this command:

I think this may be related to having previously emptied the Trash in nautilus file browser with files that I might not have owned.

I think it would be a good idea to change the docker image installation directory. Here is a link from a docker forum talking about how to do that. Here is another docker forum post that talks about the overlay and storage issues that docker has.

Here is a helpful snippet from the Arch Wiki Docker article:

Images location By default, docker images are located at /var/lib/docker. They can be moved to other partitions. First, stop the docker.service.

If you have run the docker images, you need to make sure the images are unmounted totally. Once that is completed, you may move the images from /var/lib/docker to the target destination.

Then add a Drop-in snippet for the docker.service, adding the --data-root parameter to the ExecStart: