Arch Linux provides packages through the official Arch Linux repositories and the Arch User Repository (AUR). I recently gathered data on ~50,000 packages from these repositories on archlinux.org to better understand the makeup of the packages. In this article I will share some visualizations I made as well as some key takeaways about the data set I gathered.

The repo with all of the data I collected as well as the code I used to do so is available in this repository on my Github account.

Growth of the AUR

The first questions I had about the dataset were about visualizing the growth of the AUR over time. Each package in the AUR has a First Submitted date, so I was able to put this together easily: 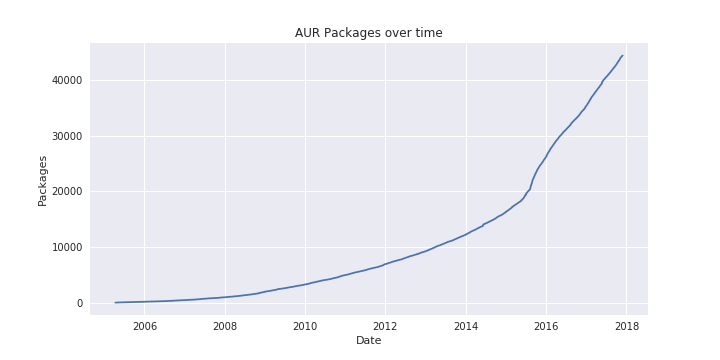 It looks like there was a big boost in the number of packages submitted in mid-2015 and that number has been growing consistantly since then.

The official repositories contain just under 10,000 packages. Here is a force-directed graph (undirected graph) in D3.js that shows these packages as nodes and package dependencies as edges. This image shows a sample of about 1,000 packages and it is somewhat representative of the whole graph show further below.

There are four main repo in the official repositories:

Here is an SVG showing all packages in the official repository. Click on the image to explore the SVG in more detail, and you can hover over nodes to see which packages they represent.

Turn off the lights and you can see a ring of packages orbiting in a circle!

If you look at this file in detail you can find some interesting clusters of packages. The "island" in the top left includes mostly Haskell packages and pandoc. python, python2, and git are three of the main central hubs in the middle cluster. perl and other related packages make of most of the bottom right cluster and you can see "flowers" of package dependencies mostly for internationalization for popular programs like firefox and thunderbird.

To make this interactive graph and SVG images I did the following:

Let's take one more look at how tightly

Warning: Don't hover directly over the cluster of plotted points near the origin of the graph. DOING SO WILL CRASH YOUR BROWSER. This is because the hover tool will attempt to display all packages that you are hovered over and it may be far too many for the browser to handle. Carefully zoom in using the scroll tool and you can find some interesting trends in the types of packages and how much they are able to be compressed.

Here's the setup for this bokeh graph:

Let's make a word cloud out of text descriptions for packages in the AUR. 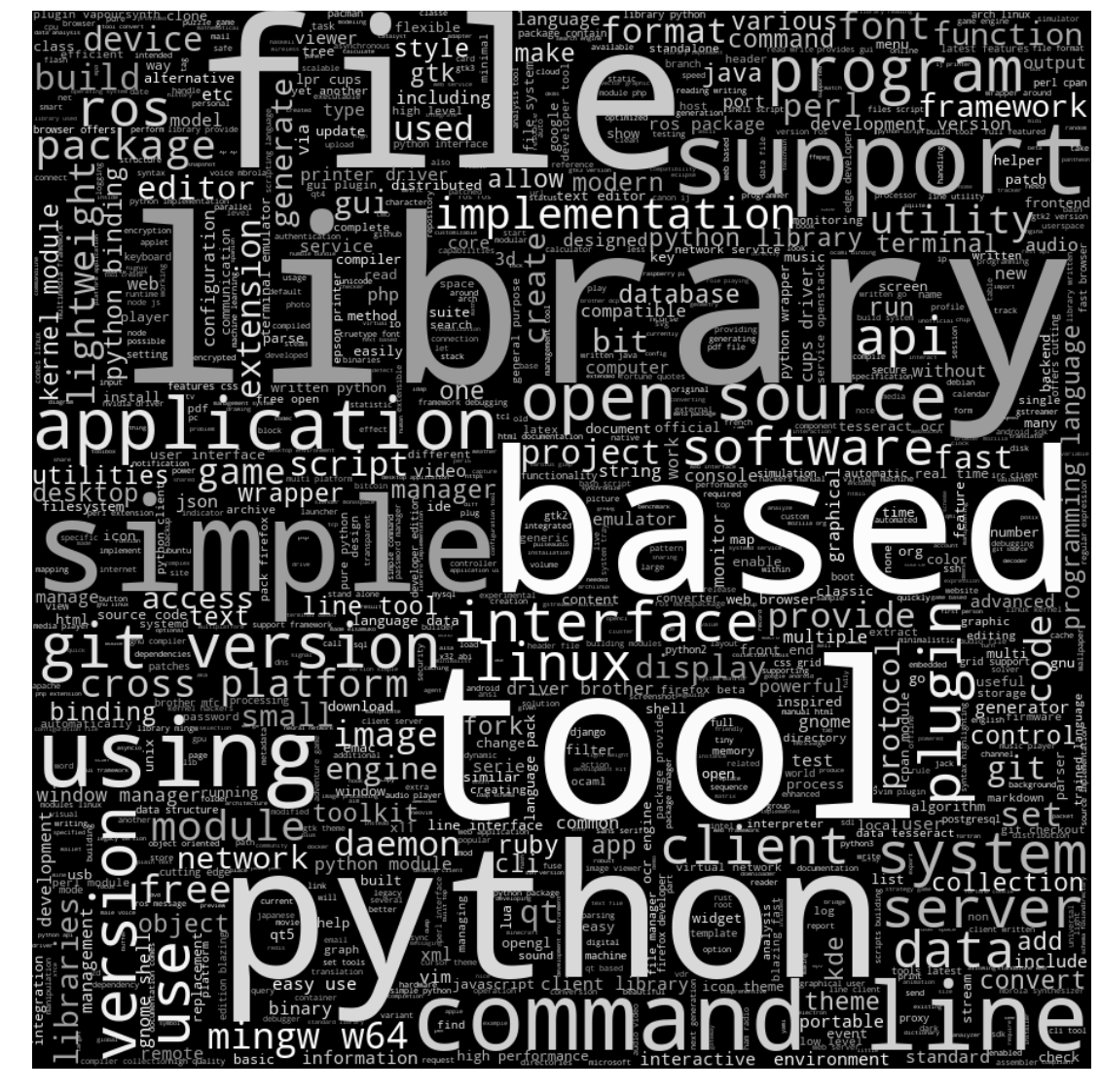 We can use a popular python package for making word clouds. Here's the code:

The Arch wiki is the first place I go for troubleshooting any issue with Arch. Users of other Linux distributions have also said how useful it can be even if you don't user Arch Linux. Here's a look at the number of registered users on the Arch Wiki over time: 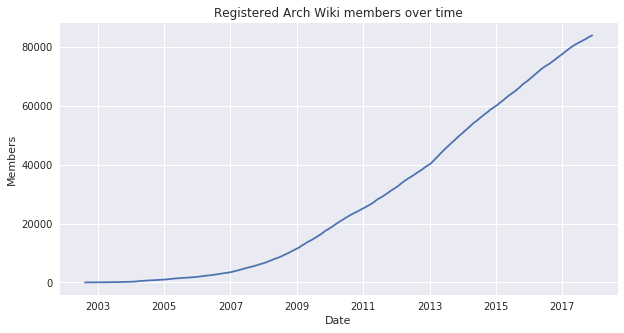 There is a massive amount of data in the Wiki that I haven't obtained for this article. You can also find some interesting statistics on the Arch Wiki site here.

Join my mailing list to get updated whenever I publish a new article.
Thanks for checking out my site!
© 2023 Brian Caffey